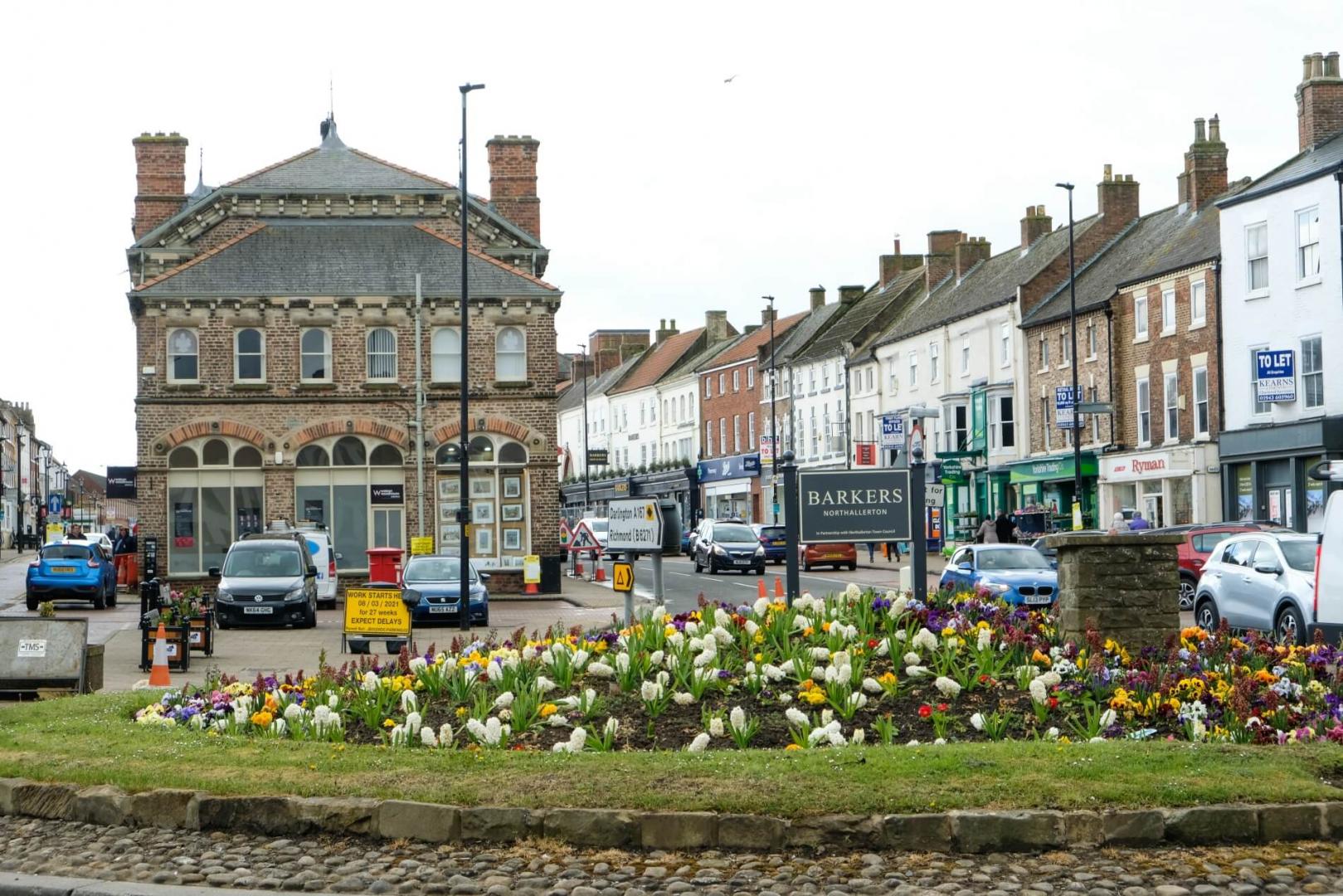 Northallerton used to be overlooked as a residential base as many potential buyers are tempted by the bright city lights of Leeds, Harrogate, and York, however, Northallerton offers desirable property choices without the price tags of the major centres nearby. Since the COVID-19 pandemic, we are seeing many purchasers relocating to Northallerton from the south to sample the delights of Yorkshire, whilst still having the ability to catch the 7.10am train to the city and arrive in Kings Cross by 9.30am.

Northallerton has a population of approximately 20,000.

The typical Northallerton resident has an average age of 45, mainly professionals or administrators employed locally.

Northallerton is served by a choice of excellent local primary schools, as well as Northallerton School and Sixth Form for older students. Ripon Grammar School is sought after, whilst Independent schools can be found at Yarm, Cundall Manor, Queen Mary’s and Barnard Castle.

Northallerton’s wide High Street is a pleasant, busy shopping centre with many independent shops, cafes and pubs. There is a market on a Wednesday and a Saturday. Many visitors to the town can’t resist a visit to the famous Betty’s Tearooms, independent food store Lewis & Coopers and clothes shopping at the highly acclaimed Barkers Department store.

Northallerton has a choice of restaurants in the town itself but other popular haunts are a short drive away and include The Golden Lion in Osmotherley, The Cleveland Tontine, The Crab and Lobster, Asenby and of world acclaim, Tommy Banks’ Michelin starred restaurant, The Black Swan at Oldstead.

Northallerton makes an excellent base for exploring Herriot Country, both the Yorkshire Dales & North Yorkshire National Parks whether using your own car, bike or walking. Popular local attractions include:

The east coast is less than an hour’s drive away where you will find the popular destinations of Saltburn & Runswick Bay, and a little further away Sandsend, Robin Hoods Bay and Whitby.

The town is served by a mainline train station making for an easy commute to major centres, whilst also being served by the nearby A1 & A19 trunk roads. The nearby popular towns of Richmond, Bedale, Thirsk and Ripon are within easy reach.

Our general office opening times are as follows: