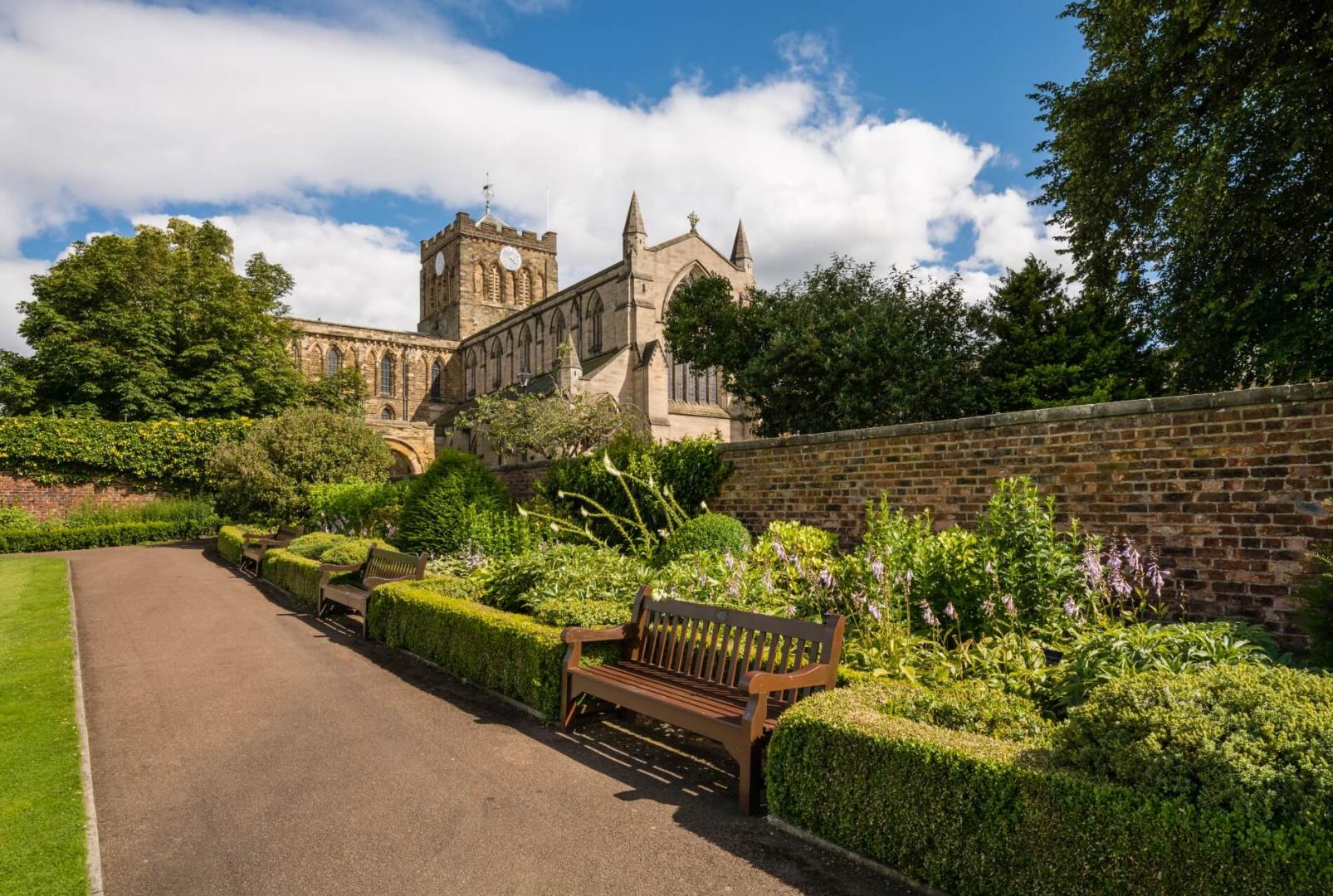 Hexham is a historic market town in Northumberland, and the home to Hexham Abbey and the Old Gaol (the oldest purpose-built prison in England). Hexham was voted the happiest place to live in Britain in a survey of 22,000 people conducted by Rightmove in 2019. This popular town is located around 23 miles east of Newcastle.

Victorian terraces and grand period stone houses are abundant in Hexham, however, there are also a scattering of new developments in Hexham’s East End.

For a four-bedroom family home with a garden in Hexham, ranging from a new build to a period property, you are likely to pay between £350-600k.

For a larger four/five bed period terrace with a yard, you will typically pay £300-£350k.

Hexham has a population of around 12,000 people with a wide-ranging demographic of retired couples, families and young professionals due to its proximity to Newcastle and Carlisle.

Hexham is a prime location for families, and this is echoed in the number and quality of schools available. Hexham has three first schools, two middle schools, and one high school. Hexham Middle and Queen Elizabeth High are part of a multi-academy; building work is currently in progress around the current high school so that the schools can be housed on one modern site.

Hexham is home to a host of independent retailers such as Cogito books, children's clothing boutique Ralph and Mimi and eco-friendly store Matthias Winter as well as a bakers, butchers, and deli. The town also has a good selection of national retailers, including Sea Salt, White Stuff, Next, and Marks and Spencer. There are various supermarkets within the town, including Tesco, Aldi, Marks and Spencer and Waitrose.

The town hosts markets such as fruit and veg, or flowers, with a full weekly market on a Tuesday, and a monthly Farmers Market on a Saturday.

If you are active, there are plenty of clubs to join, such as rowing, triathlon, running and cricket. There is an excellent sports centre in the town.

Hexham has plenty of local independent cafes, coffee houses and pubs and restaurants as well as high street coffee chains, including Costa, Starbucks and Neros.

In 2021 guide, local restaurant Hjem, received a Michelin Star. Hjem is around ten minutes from Hexham, in the village of Wall. Hjem (pronounced "yem") is both a Northumbrian and Scandinavian word for "home", making it an appropriate name for the restaurant which sees the very best produce of Northumberland come together with Scandinavian values and cooking techniques.

Hexham is built around its history, meaning there is plenty to discover, whether that it is Hexham Abbey, Queen’s Hall Art Centre or the Old Gaol; it’s all on your doorstep. The Abbey Grounds and Sele Park offer pretty surroundings as well as woodland walks; they also feature a skate park, children’s play area, and public toilets. Another park to explore is Tyne Green, a great space for families with riverside walks, a golf club, play park and rowing clubs.

Stretching 73 miles from coast to coast, Hadrian’s Wall, the north-west frontier of the Roman empire for nearly 300 years, offers plenty of scenic walks and its nearest point lies just to the north of Hexham.

There are various new build developments in Hexham from national house builders, as well as smaller and bespoke developments in the surrounding areas. In the town centre, the former swimming pool is being developed into luxury apartments.

The Hexham former nuclear bunker site, a Cold War relic, has been demolished and the site is being developed into a hotel and retail centre to provide further facilities for residents and visitors to the town.

Located on the A69, Hexham is ideally located for those looking to commute to Newcastle – which is just 23 miles to the east of the town. The A69 also leads to Carlisle and has onward links to the A1 and M6.

Hexham has a train station with links to Newcastle and Carlisle with Northern Line, connections from Newcastle with national LNER and east coast routes from Edinburgh to London.  Newcastle international airport is less than 15 miles away.

Our general office opening times are as follows: