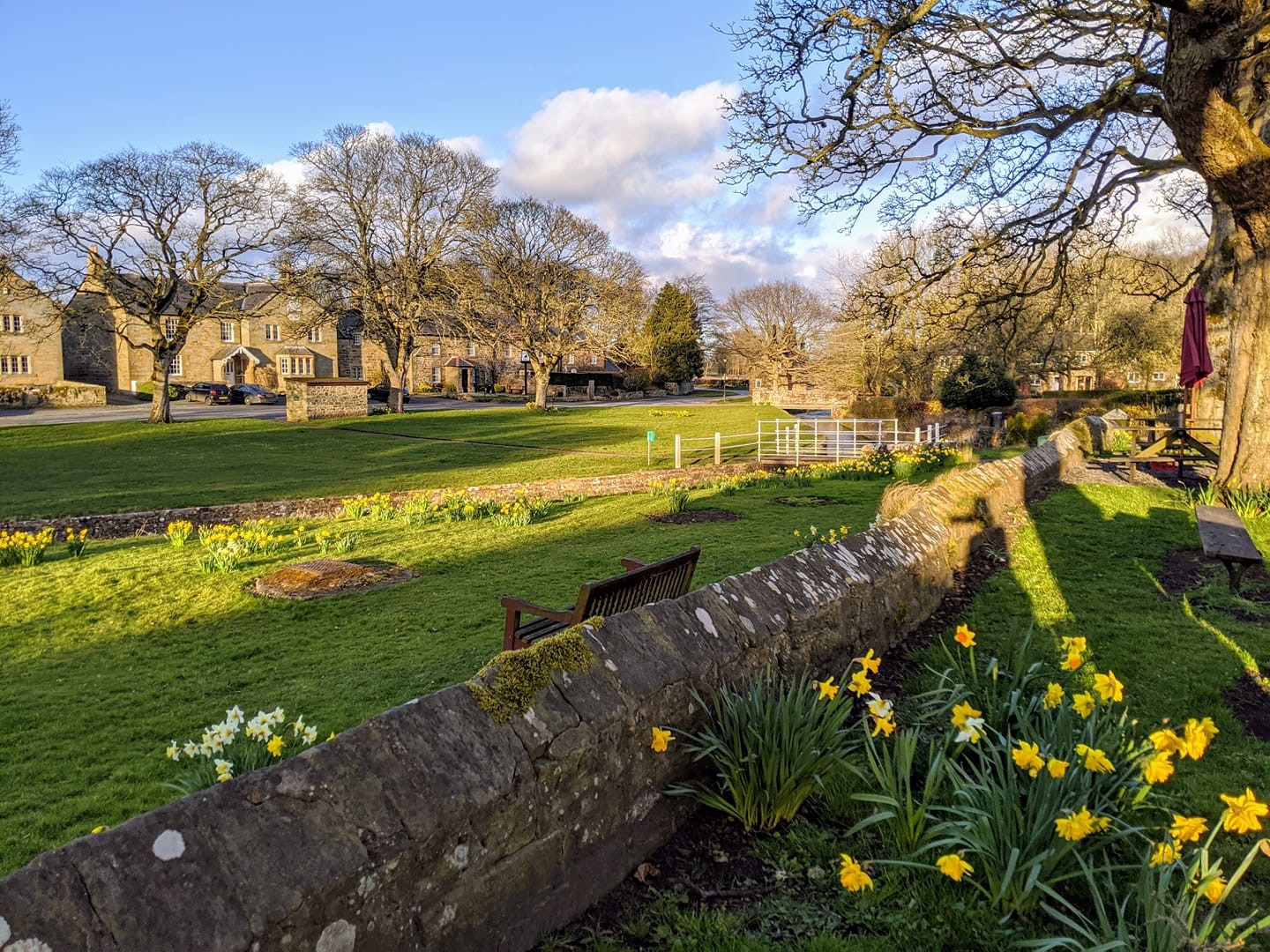 Matfen is a village with a vibrant community, just a few miles north of Hadrian’s Wall. It is a beautiful example of a 19th century planned estate village, and also the home of the 7th Premier of British Columbia, William Smithe.

About halfway between Matfen and Hadrian’s Wall is a prehistoric standing stone called Stob Stone. The stone is about seven feet high and decorated with cup marks.

As a purpose-built 19th century estate village, you will find beautiful and characterful stone-built properties with a small number of large detached new builds.

For a semi-detached family home in Matfen, you will look to pay between £400-500k. A detached property would start in the region of £700k.

Matfen has a population of around 500 people.

Due to its vibrant community, Matfen is popular with families and retired couples.

There are no schools in Matfen village, however, there are plenty of schooling options nearby. Stamfordham Primary School is four miles to the east, which feeds into Ponteland Secondary School. Corbridge First School is just over six miles south, as well as Corbridge Middle School and Queen Elizabeth High School in Hexham.

Matfen has a village store and café where you will find all of the essentials as well as local produce. The café is the perfect spot to catch up with friends and enjoy a coffee or a light lunch.

Matfen Hall, Spa and Golf Club is located just outside of Matfen village. Matfen Hall is currently undergoing refurbishment, but hosts an award-winning 27-hole course, a range of restaurants, and a spa.

Vallum Farm is a rural complex for local businesses located on Hadrians Wall and hosts a wedding venue as well as various independent shops, a tearoom and a restaurant.

The Black Bull Inn, the village pub, offers local ales as well as a local menu.

Matfen Hall offers both fine and casual dining across their three restaurants, The Library Restaurant, The Conservatory Bistro and The Keepers.

Matfen Hall offers activities for all of the family, with a Go-Ape site within the grounds as well as a 27-hole golf course and driving range.

The Tyne Valley has a rich roman heritage with museums, ruins and landmarks such as Hadrian’s Wall.

There are small, bespoke and high-end new build developments in Matfen with new developments due to launch in 2021/22.

Matfen is located on the Military Road which runs adjacent to the A69 between Carlisle to Newcastle.

Matfen is just six miles from the village of Corbridge, and 11 miles to Hexham. Both have train stations with rail links to Carlisle and Newcastle.

Go back to the area guide